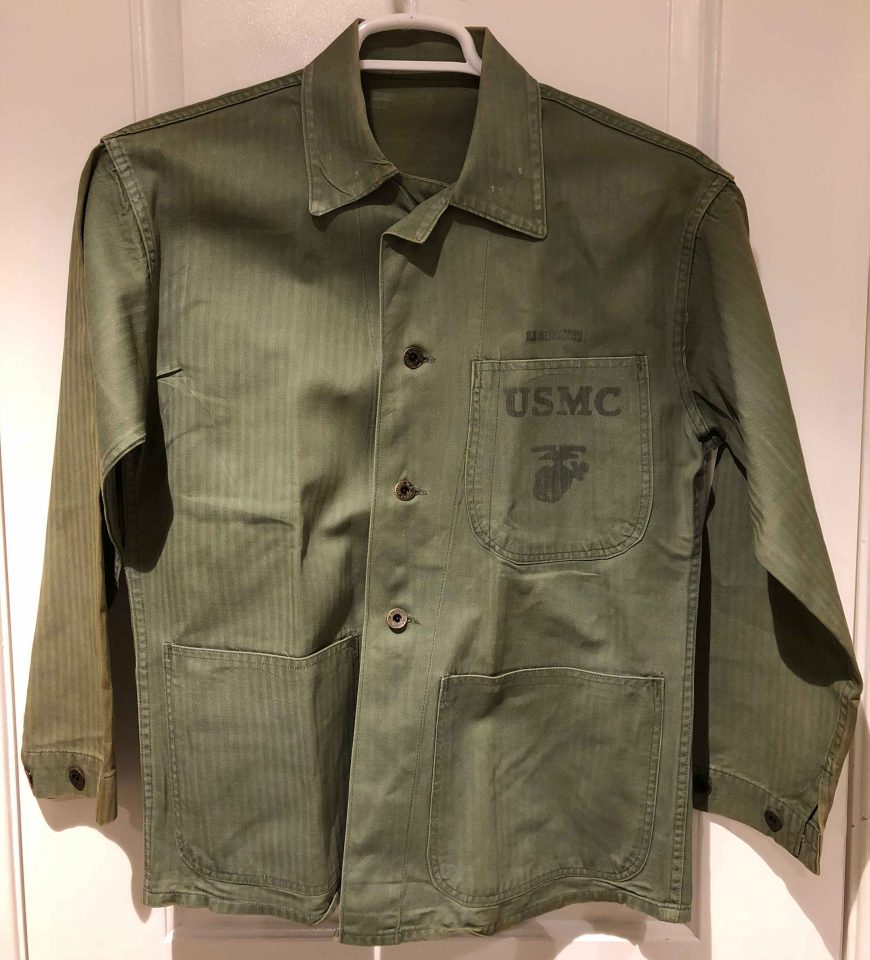 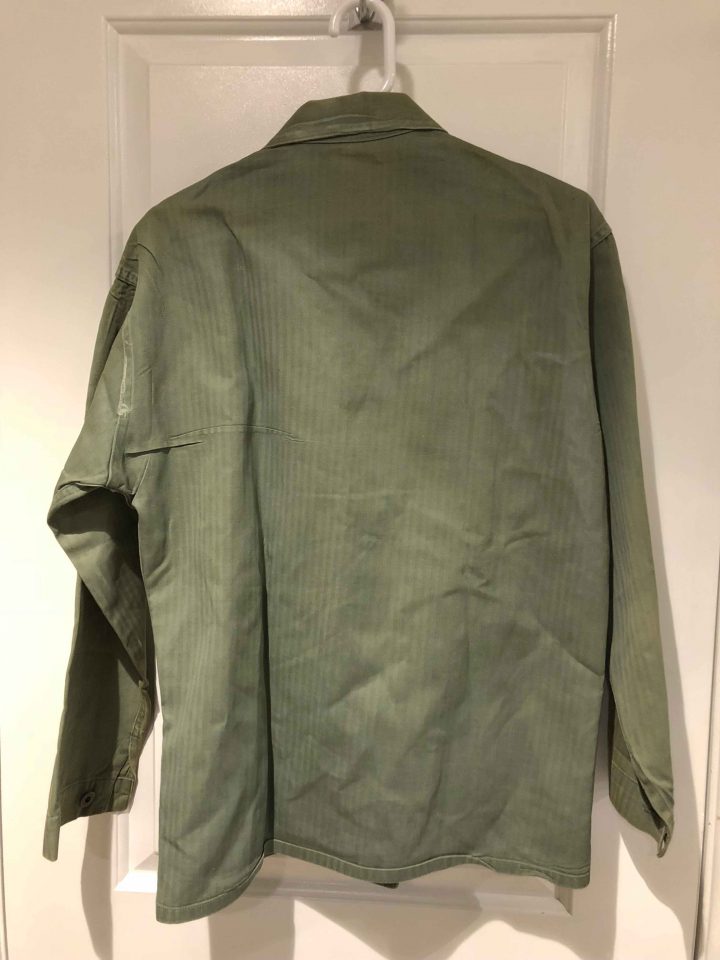 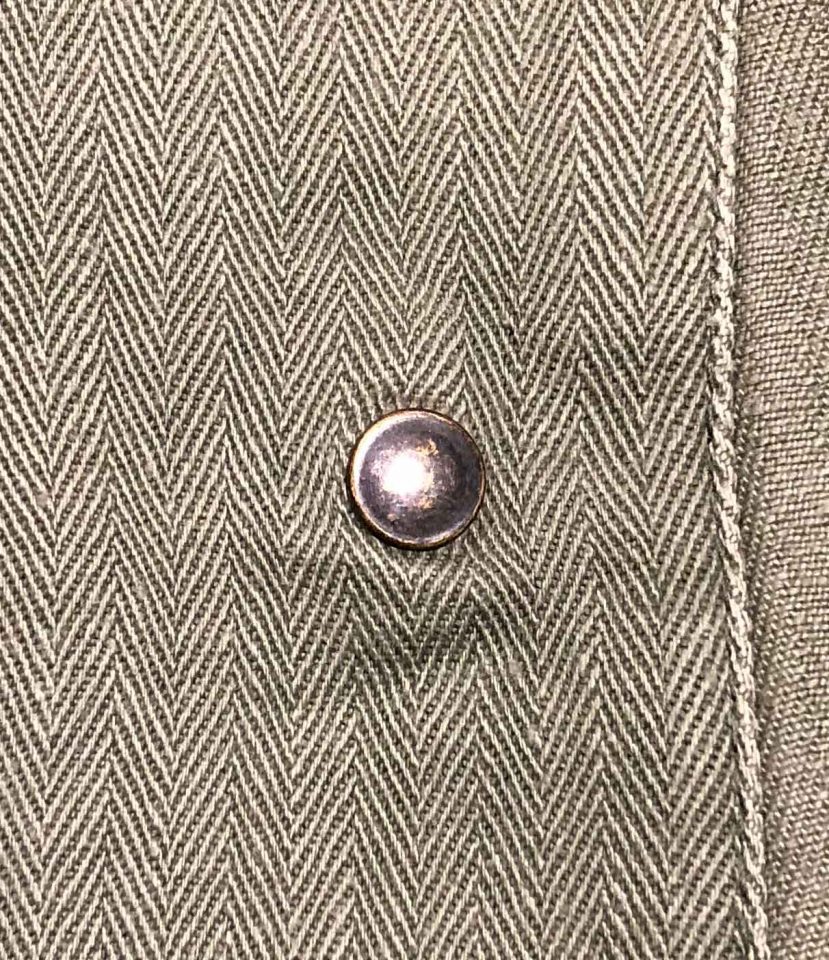 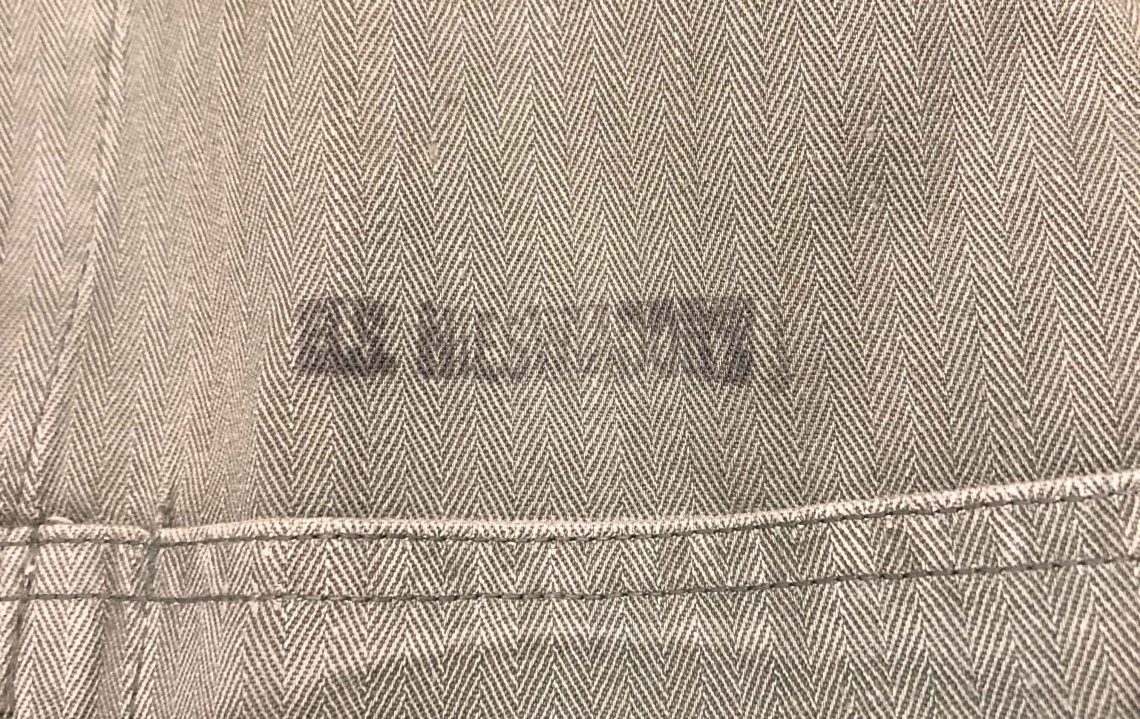 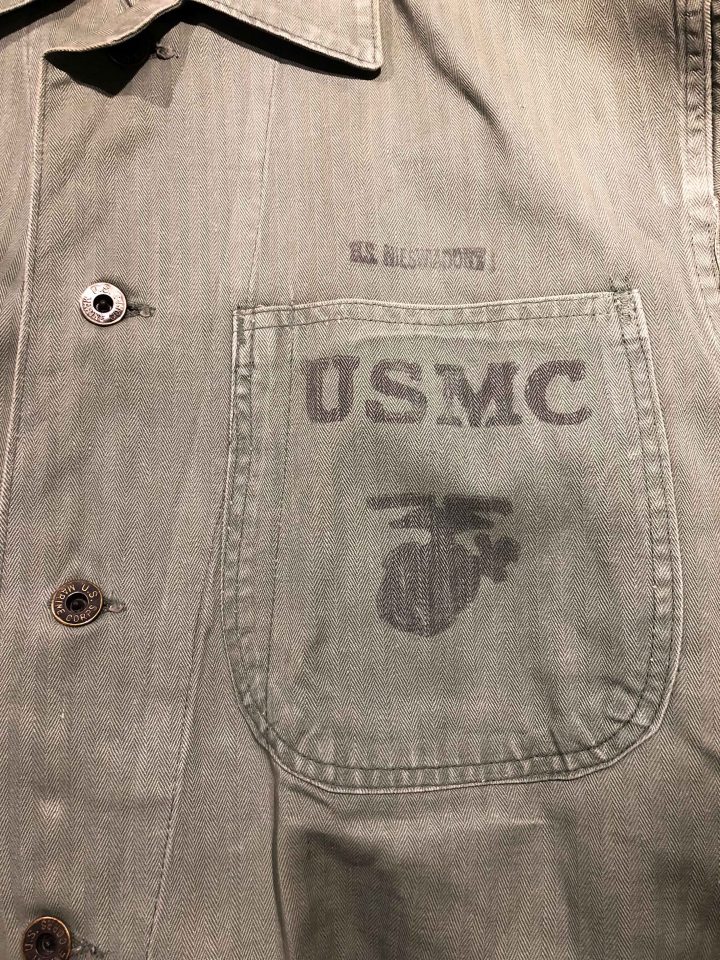 Herringbone twill (HBT) was chosen for its resistance to tearing1, and its ability to prevent rips from spreading2, like a precursor to ripstop that would be common in more recent uniforms. 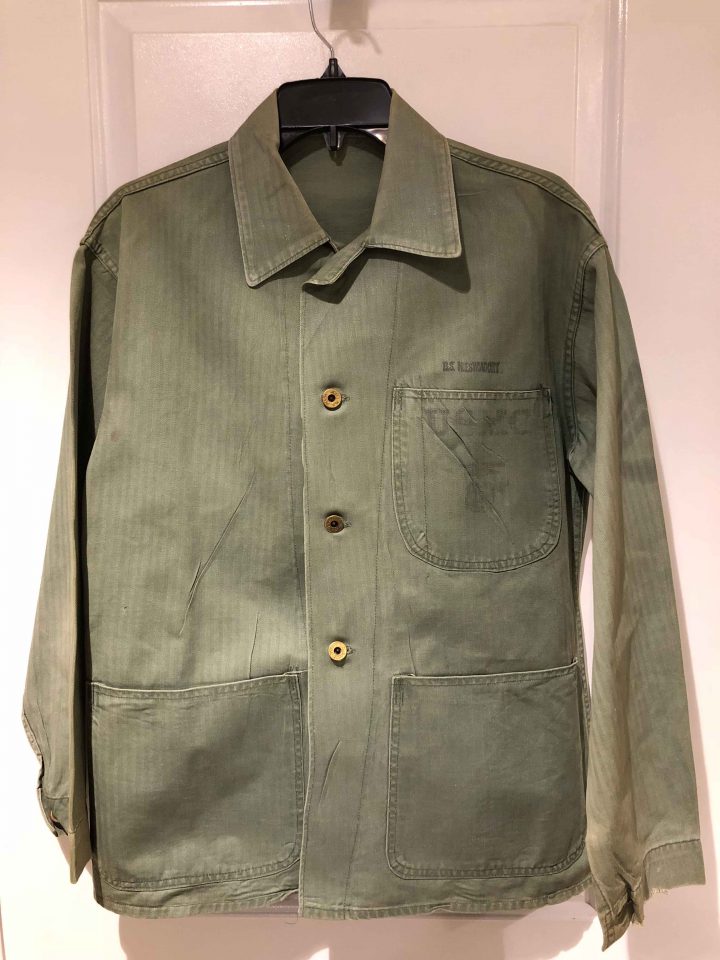 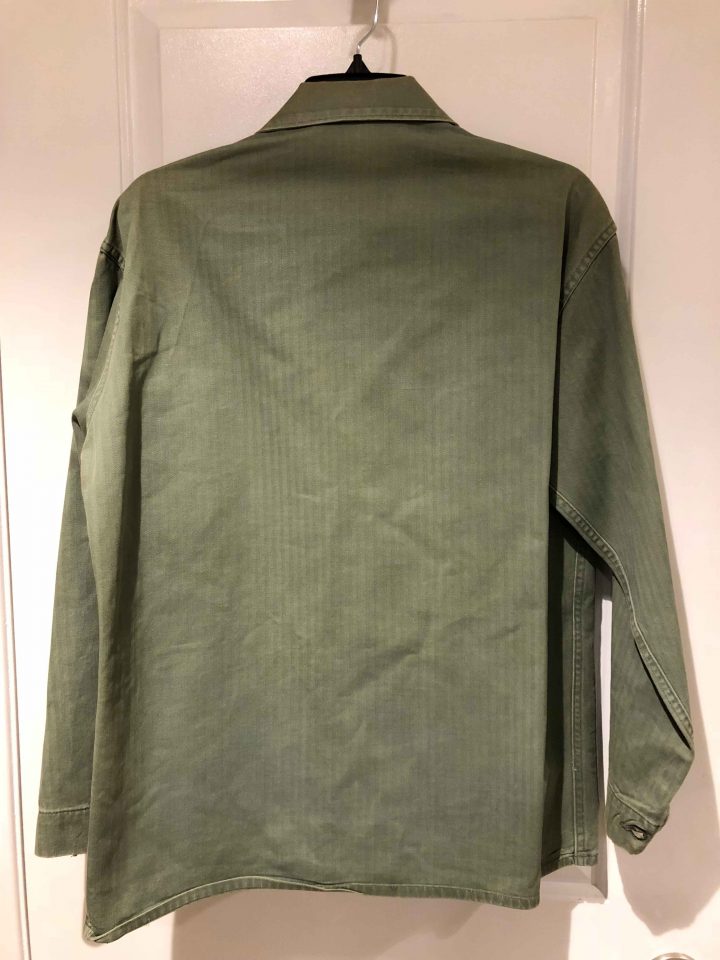 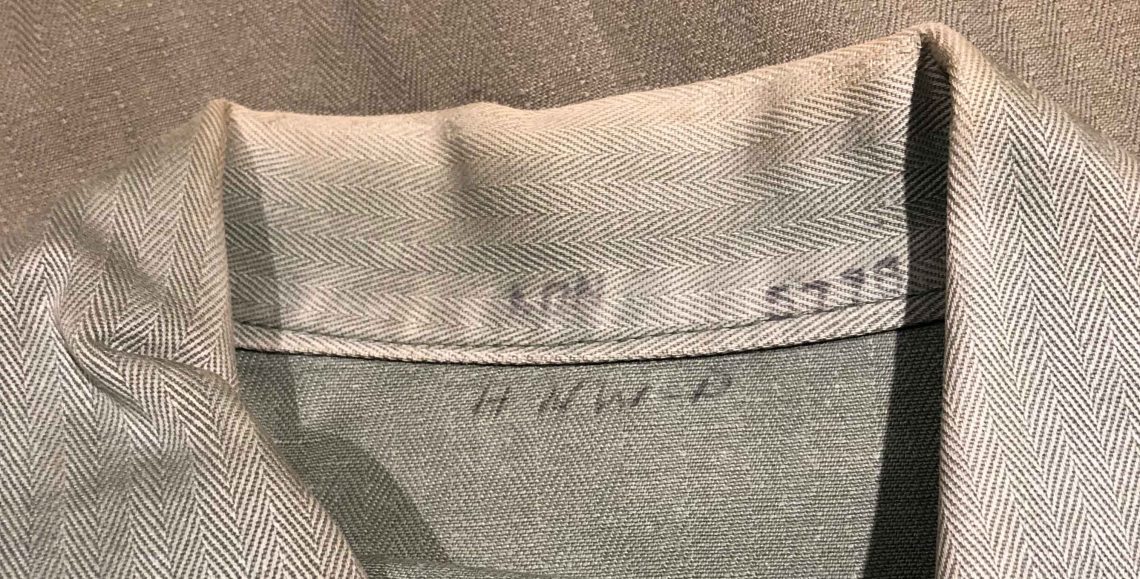 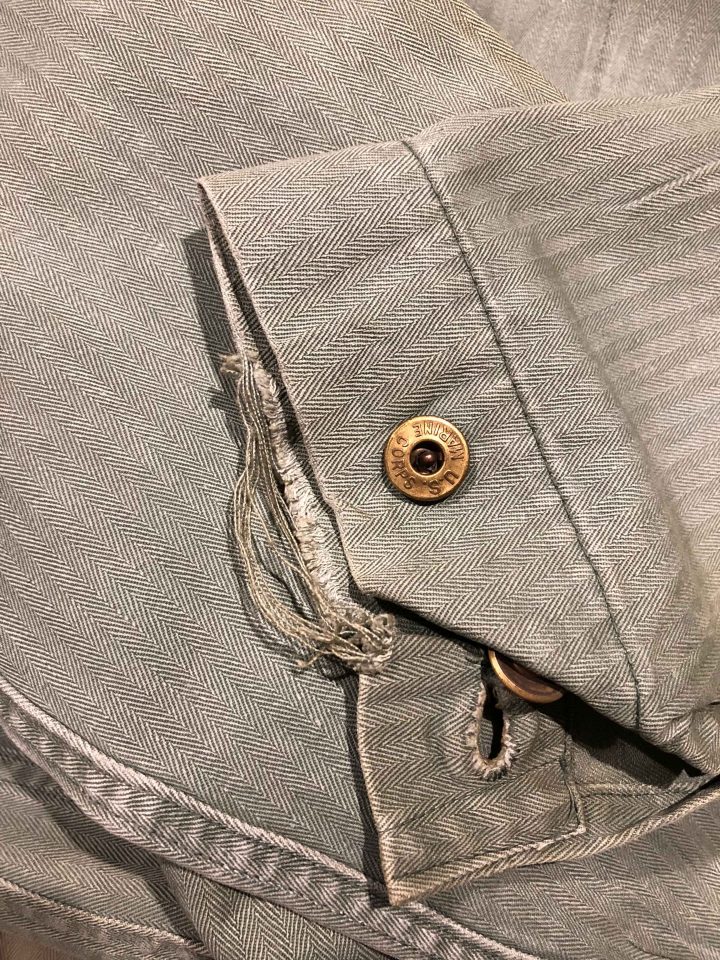 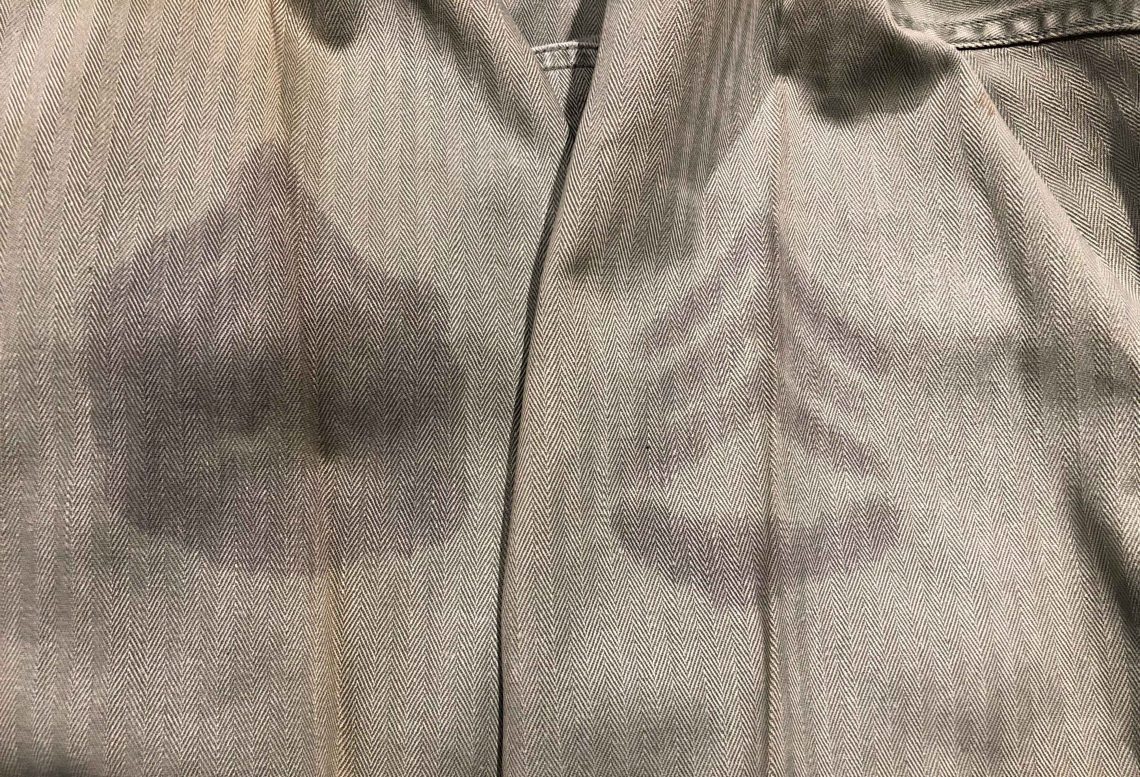 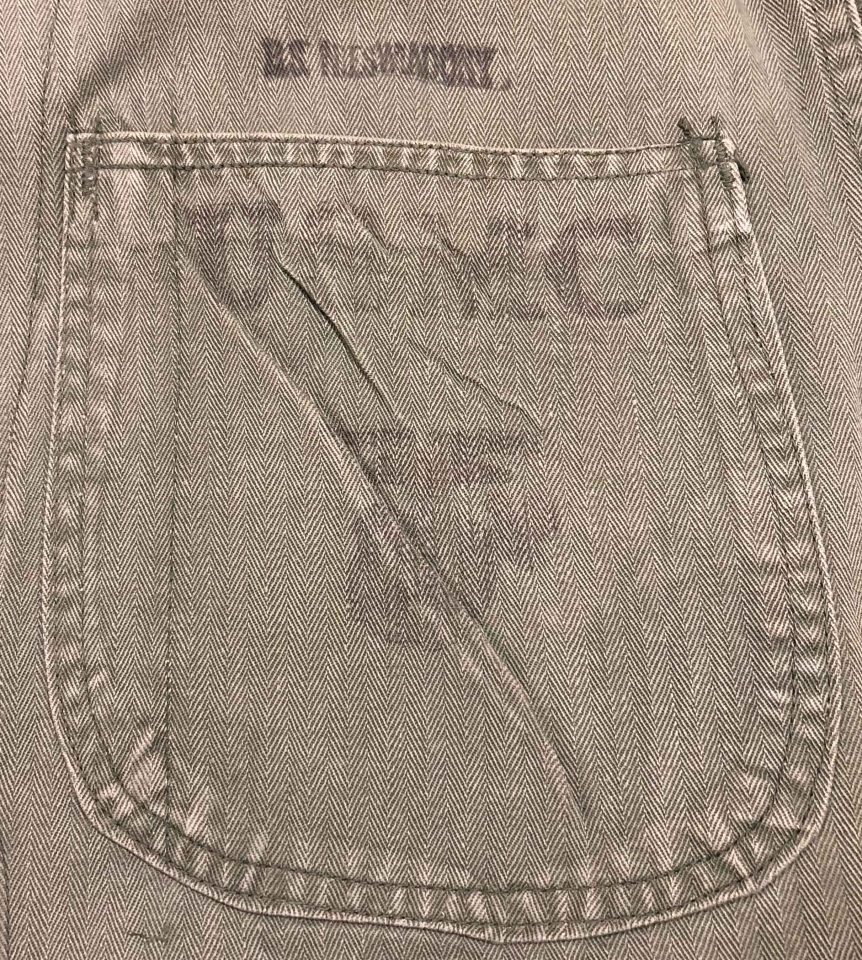 Likely used more in the field than #1.  Found starched and pressed. 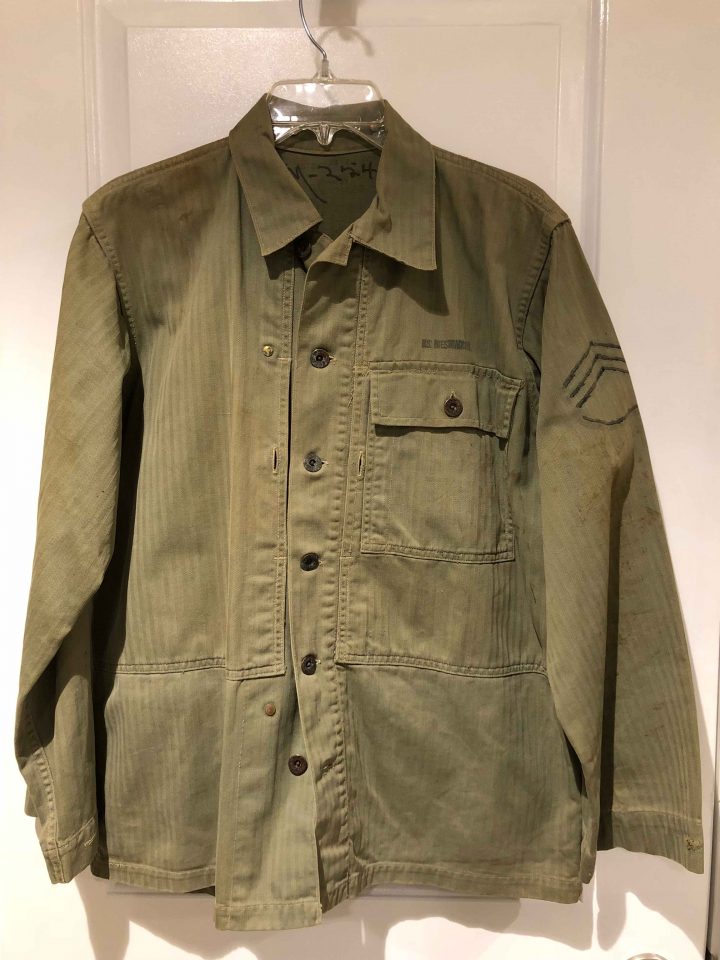 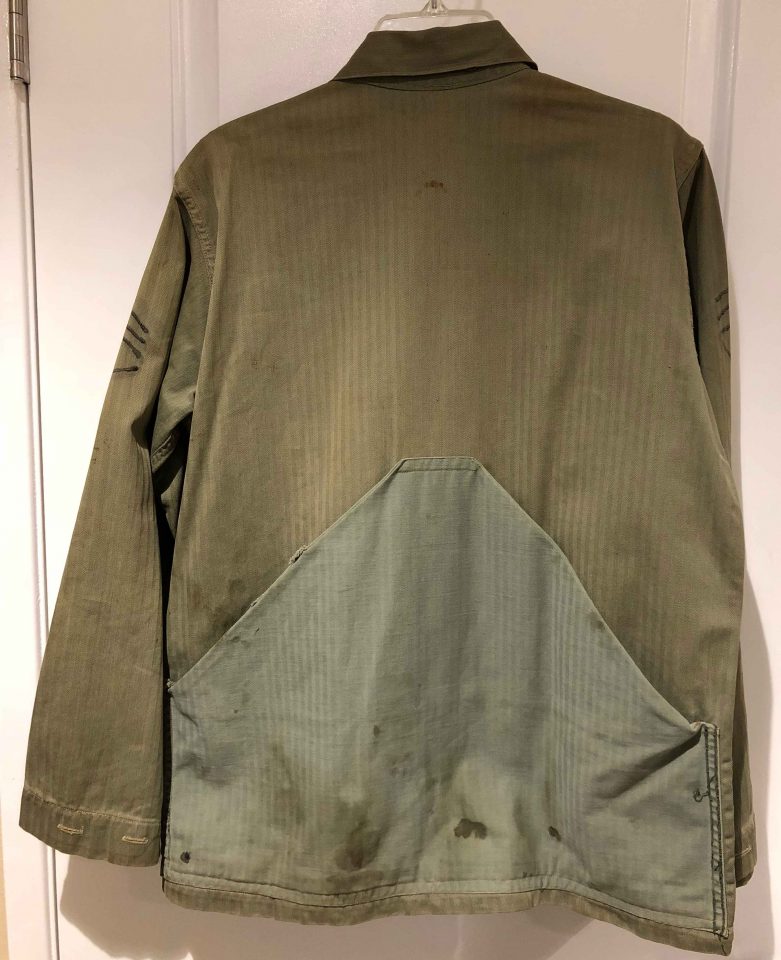 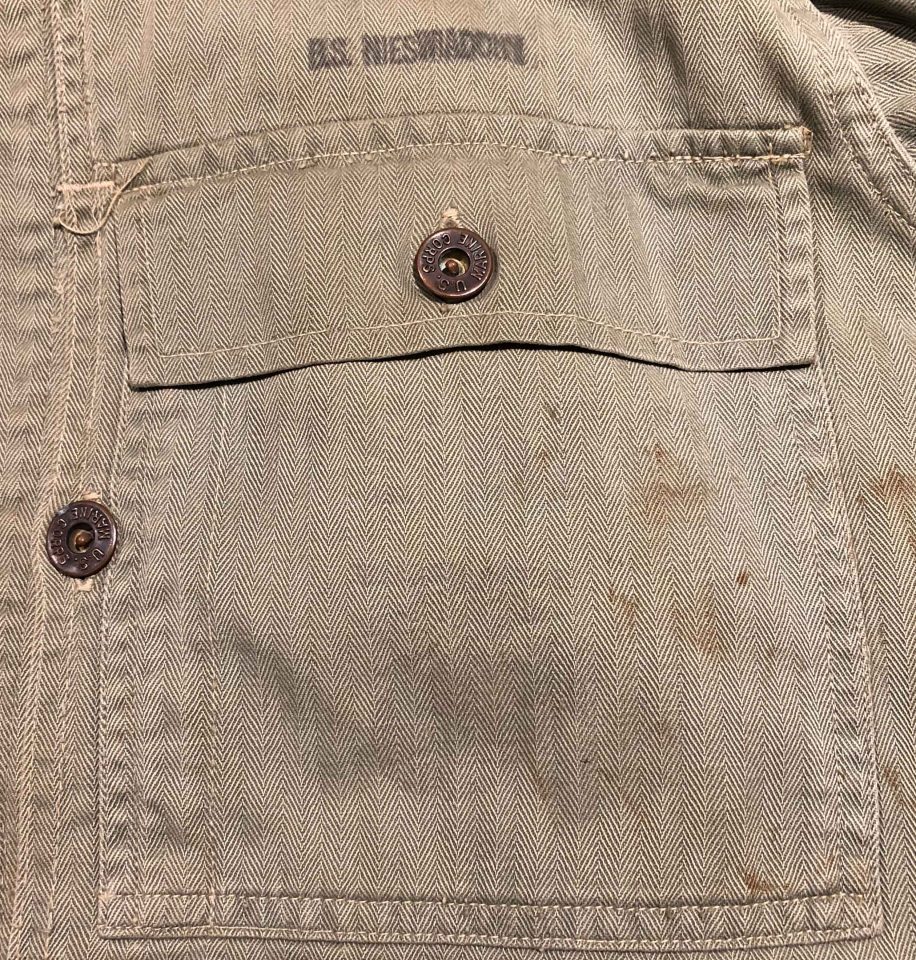 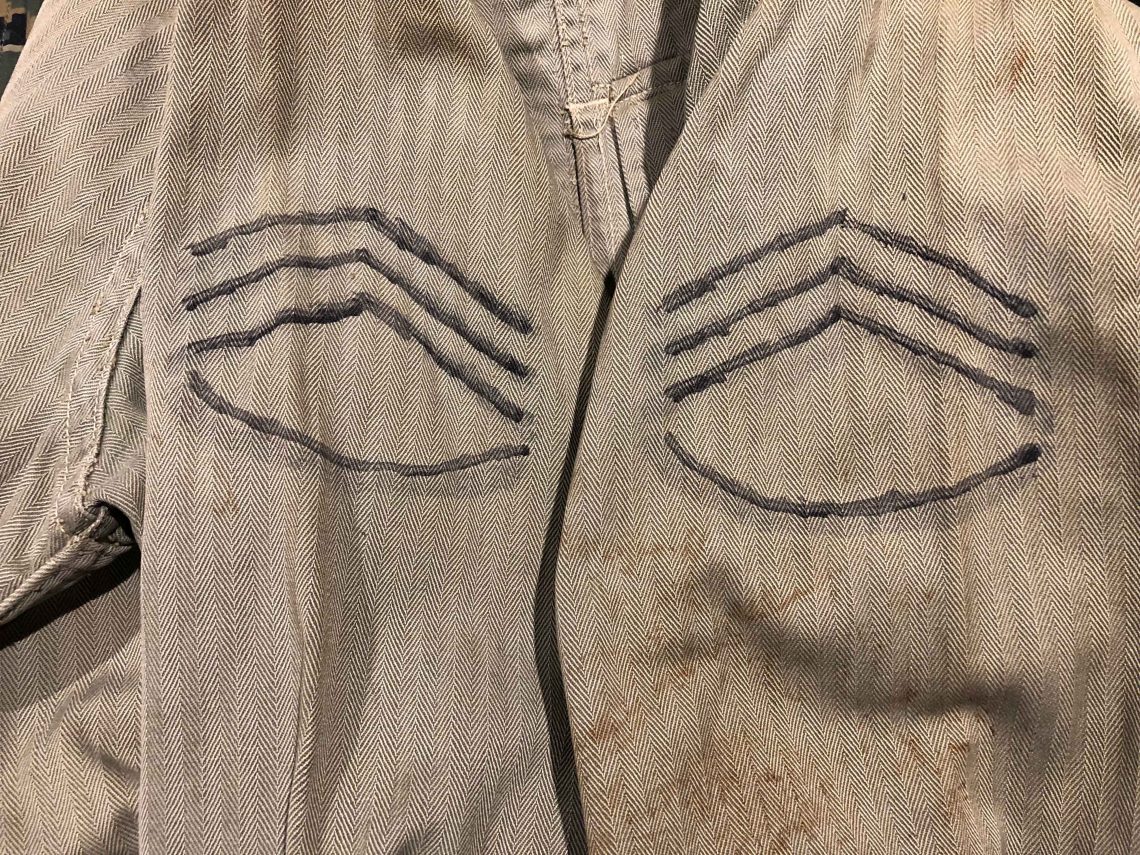 Modified for hunting with “poacher’s pocket” on back.